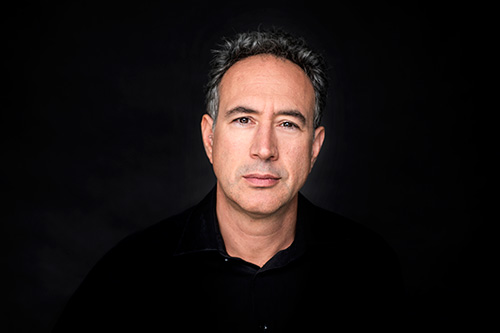 Adam Weisman studied with Chris Lamb and Fred Hinger at the Manhattan School of Music in New York, with Sylvio Gualda at The Conservatory of Versailles and with Peter Sadlo and Robyn Schulkowsky at the Hochschule for Music in Munich. In 1991 he won 3rd prize at the ARD music competition in Munich and in 1992 2nd prize at the International Music Competition in Geneva. In the television series "Orchestra!" he performed under Sir Georg Solti and Dudley Moore. He composed and played music for theater pieces in Munich, Esslingen, and Linz.

He performed with New Music Consort and NewBand in New York in 1998-90, and since then with Ensemble Modern, Klangforum Wien (residenceship 1997-98and 2004-05) Zeitkratzer (concerts with Lou Reed in Berlin and Venice), and Scharoun Ensemble (members of the Berlin Philharmonic). He premiered pieces from Peter Eötvös, Tan Dun, David Lang, Matthias Pintscher, Helmut Oehring...; played under Pierre Boulez, Emilio Pomarico, Stephan Asbury, Sylvain Cambreling...; and he played on many CD's, including one with Ensemble Modern, Frank Zappa and music from Varese.

His solo CD, Mani, three solos from Pierluigi Billone, was chosen for the best list for new music for the first quarter of 2011 by the German Record Critics’ Association, and Helixical III for solo marimba has just come out. As soloist he has performed in Athens (concert in honor of Iannis Xenakis), Academy of the Arts in Berlin (2 concerts in honor of Cage) Paris, Munich, Geneva, Berlin, Vienna, Danzig, Perugia and Mar del Plata in Argentina. He is the Drummer with the rock band The Diatribes.