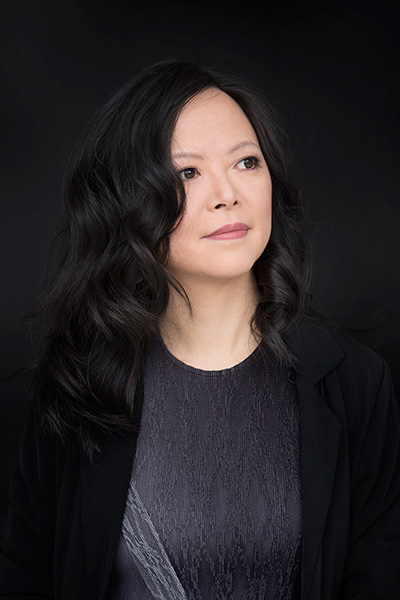 “Ya-ou Xie understands how to create a magical, beguiling aura . . .” commented the French magazine „Lettre du Musicien“ about the pianism of Ya-ou Xie. The German composer Helmut Lachenmann said about her: "I have complete confidence in this artist's pianistic and musical quality."

Born in Guiyang, South-western China, the pianist and conductor has performed before international audiences at such music centres as the Berlin Philharmonie, the Hamburg Elbphilharmonie, Cité de la Musique in Paris, the Hong Kong Art Centre and the Beijing Concert Hall. As a soloist she has appeared with grand orchestras, including the China National Symphony Orchestra, the NDR Elbphilharmonie Orchestra. She is a guest performer at numerous festivals, among others Gaudeamus Music Week in Amsterdam, MaerzMusik Berlin, and the Beijing New Music Festival.
As the winner of important prizes at the Orléans Concours XXè Siècle, Concours Olivier Messiaen, Concorso Premio Jaén, and the International Piano Competition Lake Como, she received accolades for her interpretation of works by Franz Liszt, Claude Debussy, Arnold Schönberg, George Crumb, and Luciano Berio.
Alongside classical repertoire, both Chinese and Western contemporary music occupy an important place in Ya-ou Xie's musical achievement. She has worked with composers such as George Crumb, Hugues Dufourt, and Helmut Lachenmann and has given frequently premieres in many countries. In 2008 she founded together with Greek pianist Prodromos Symeonidis the outstanding Ensemble Berlin PianoPercussion, which is active on international stages.

Ya-ou Xie is guest professor of Ningxia University, Hainan University, and Guizhou Normal University. In January 2017, Xie took part as soloist at the opening concert of the new Elbphilharmonie in Hamburg. In February 2017, Xie has been designated as Kayserburg-Artist of the world biggest piano producer Pearl River Piano Group.